We have a new name — Finnovasia is now Finoverse.
Read Founder's letter

Back to all Podcasts 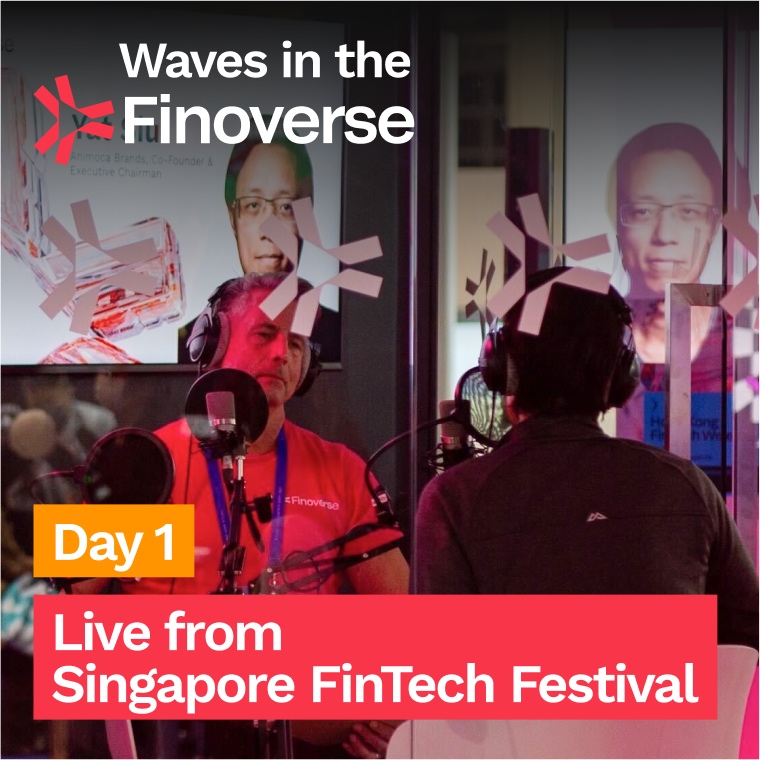 LIVE from Singapore FinTech Festival Day 1 Recap —How do you print money?

Today, we have been live at Singapore Fintech Festival. It's the 2nd November 2022 and your host Walter Jennings is joined by U-Zyn, Justin Chan, Varun Mittal, Stephen Richardson, Inmoo Hwang, Naveen Mallea, Sabina Tachdijan and Alex Manson. To talk all thing Crypto and diving into to the Finoverse! Listen in to this recap of the day to find out some of the take aways.

Walter Jennings: Welcome to Waves in the Finoverse, this edition is coming to you live from the floor of Singapore FinTech Festival. And I just have to start by saying this event is enormous. There are some 60,000 people expected and halls one through six of the expo are filled with finance professionals, technology professionals, blockchain and more. And believe me during the course of today, we've had a chance to talk with a nearly a dozen people on our show, we kicked off with Varun Mittal, founder of the Singapore FinTech Association, and also known locally as the father of fintech. He also was the chief architect of the sand dollar. So we talked a little bit about the future of money. And what are some of the priorities for Singapore FinTech Festival.

Varun Mittal: Because a lot of things which were very tough to convince people to do became normal. So I was talking to a large financial institution, and they're like, normally, it would take me three years to convince my compliance to accept digital signatures, and remote KYC for these things COVID did in three months, which would take me three years. And now they cannot go back.

Walter Jennings: We went straight to the top U-Zyn Chua, the CTO and co founder of Cake DeFi. Cake DeFi is the fastest growing app in the DeFi or decentralised finance world. It allows staking and lending. Basically, it provides liquidity for those who hold coins, and it provides them new ways of creating income from digital holdings such as Bitcoin and Ethereum.

U-Zyn Chua: People are now demanding transparency, they want to know where all this 20% Yield is coming from. How do you print money without this thing, we're proud to announce that we have over 1 million users right now on our platform.

Walter Jennings: We had an opportunity to meet with Justin Chan, the co founder of Bloom, this is a new twist on loyalty programmes offered today in Hong Kong through Visa, it allows people who participate to earn additional loyalty on top of whatever rewards programmes they're in through crypto and other digital assets. So it's a great partnership, and showcases how Bloom, a startup, is able to partner with a large incumbent and financial technology company like Visa to provide new services that previously hadn't been available. And I found it so interesting that the majority of people who are signing up for Bloom are using this as their first experiment or their first trial in crypto and getting involved in digital assets.

Justin Chan: So it's really any Visa code. We're not trying to issue a new card, we're trying to make it as accessible for every user as possible. So if you had five Visa cards in your wallet, you could tie them all up. And you would earn basically crypto on every transaction that you do on any of those five cards. It's completely global. So I took my ZA bank Visa card, and spent it here in Singapore. And I could actually start earning here as well. You can earn it on Australia and New Zealand so long, it's a location that accepts Visa.

Walter Jennings: Next we went to Naveen Mallea, he is the Global Head of coin systems and onyx at JP Morgan. He leads all of their digital assets work as well as coins within JP Morgan and their own internal proprietary blockchain. And it's nice to see the large traditional houses like JP Morgan, really demonstrating the importance of blockchain and fintech to their business.

Naveen Mallea: What we think are going to be the payment instruments and payment methods which power the financial markets and commerce of the future. And to our mind, that's not crypto, that's going to be instruments like Central Bank, digital currencies, tokenized deposits, stable coins. So all of those areas are things that I work on.

Walter Jennings: Next, we spoke with Sabrina Tachdjian. She heads FinTech and payments within the HBAR Foundation. I wasn't familiar with HBAR Foundation until I learned it is the foundation governing Hedera hash graph or the Hedera blockchain. And she emphasises all of the use cases that can be made for FinTech in the Hedera world.

Sabrina Tachdjian: So blockchain is kind of like AI, you can apply it to many different use cases. So we do have a lot of applications in the FinTech finance, space, you know, it could be a payments, stable coins, CBDCs, and tokenization of assets. So I'm really kind of looking at the intersection between TrapFi and crypto. And so for me, this is a really great forum because a lot of potential adopters are here.‍

Walter Jennings: As you heard in our Hong Kong FinTech wrap up, we'd had an opportunity to meet with Amy Zhang of Fireblocks. Today, we spoke with Stephen Richardson, who leads Asia Pacific and he talked about how Fireblocks is allowing institutions to be faster in their adoption of digital assets and cryptocurrencies.

Stephen Richardson: There's this idea of a custodian, someone that's really safeguarding the assets on your behalf. That's not really where we operate, we actually provide technology to custodians. And then there's this idea of self custodial technology. And that's really what we do, right, we provide the ability for you to securely hold those digital assets. Some of the complications are really the complexity and operating in the digital space. So if you think about operating on blockchain, it's a cybersecurity problem. There's not a lot of firms throughout the world that have deep cybersecurity expertise. And what we've been able to do is really package that cybersecurity expertise in a box and make it more easy for you to really just think about the operational layers that go into, you know, executing digital assets and engaging in digital assets. And that's been one of the biggest complexities. Overall, you might look at some of the firm's, financial services firms that have tried to engage in digital assets. It's taken them months, if not years to develop wallet capabilities for you know, Bitcoin or Ethereum, let alone the 40, other blockchains and the multiple different tokens that exist in the space, and the new and emerging use cases. So that complexity and really building out products and services that are highly secure and scalable, has been a challenge for free for people. And that's been wherever Fireblocks has been able to accelerate into that curve.

Alex Manson: Versus banking so we obviously focusing on our bank in the first instance, but we think if we do a good job, we'll take banking with us, including the whole ecosystem, its stakeholders, policymakers and the likes. There's a lot to do there. Second, there's an element of it's about technology, technology is a very critical enabler. So rewiring has an element of digital, and that's important. But most importantly, it's about business models, meaning people business the way they do business, culture, mindset, DNA. So DNA is here in some ways to say it's not so much about the technology, it is about culture and mindset, the way of doing things. It is hard to reverse things. So we say sometimes you cannot uninvent fire, you can learn to deal with it, make it not dangerous, but humans invented fires, they, you know, it's there. And this is true of pretty much every major innovation we've you know, we've seen over the course of history, digitization is one of them and the way we live our lives today is has evolved and will continue to evolve.

Walter Jennings: It's been a very impressive day one at Singapore FinTech Festival. Stay with us. During the course of the week, we'll be bringing you more news, more interviews, more information on web three, and we look forward to seeing you in the Finoverse. I'm your host, Walter Jennings. Thank you for joining. 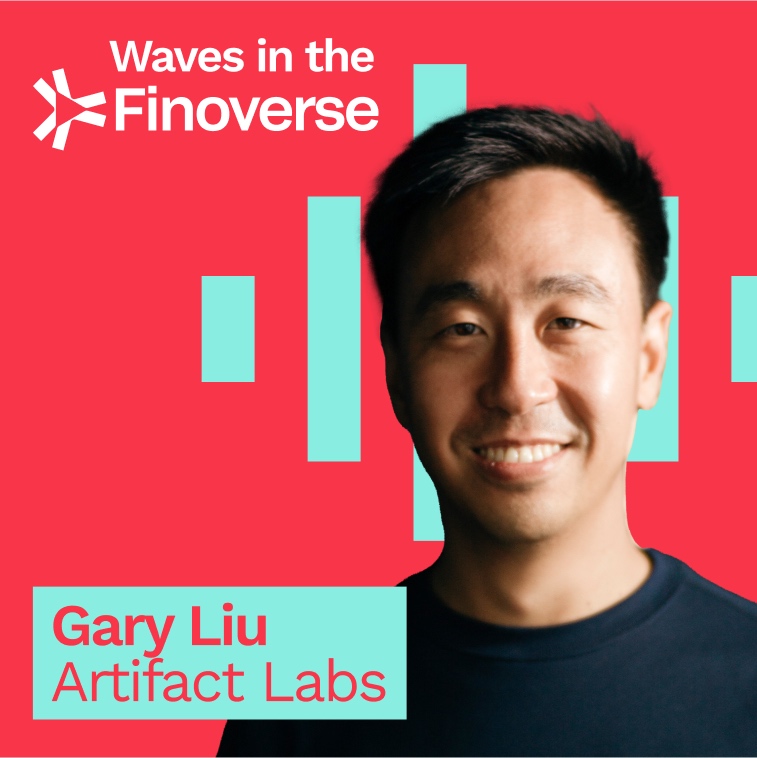 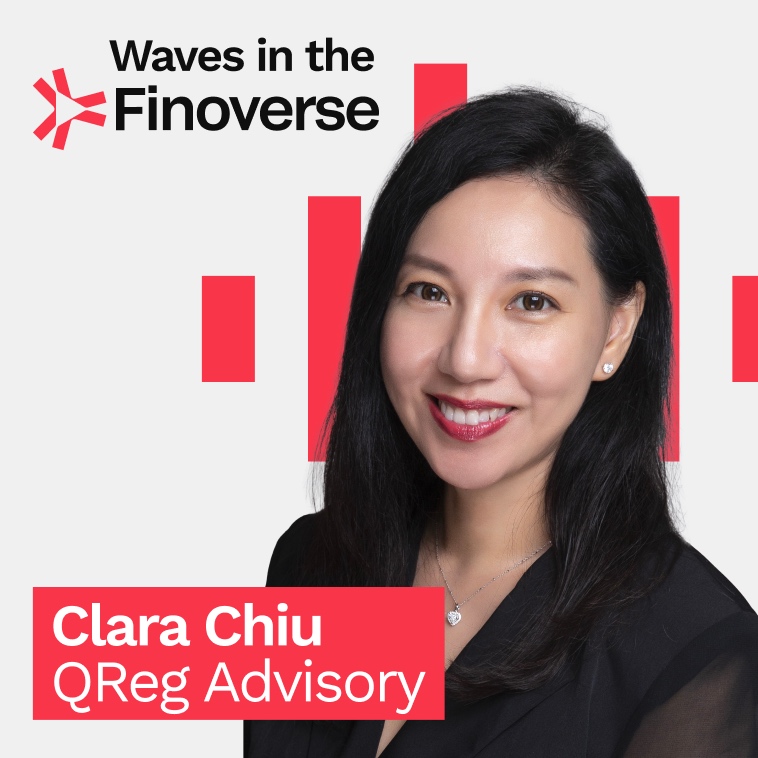 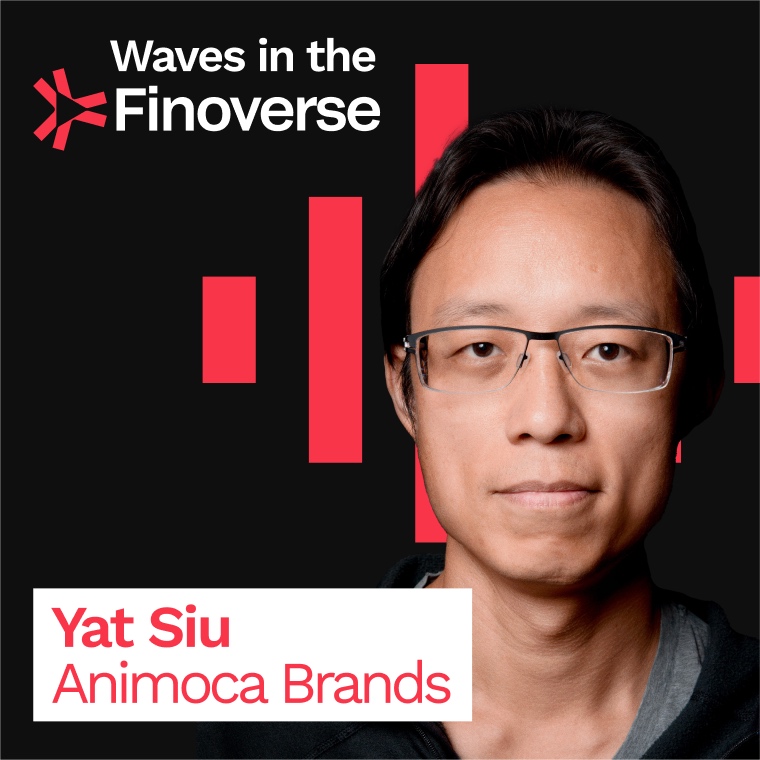 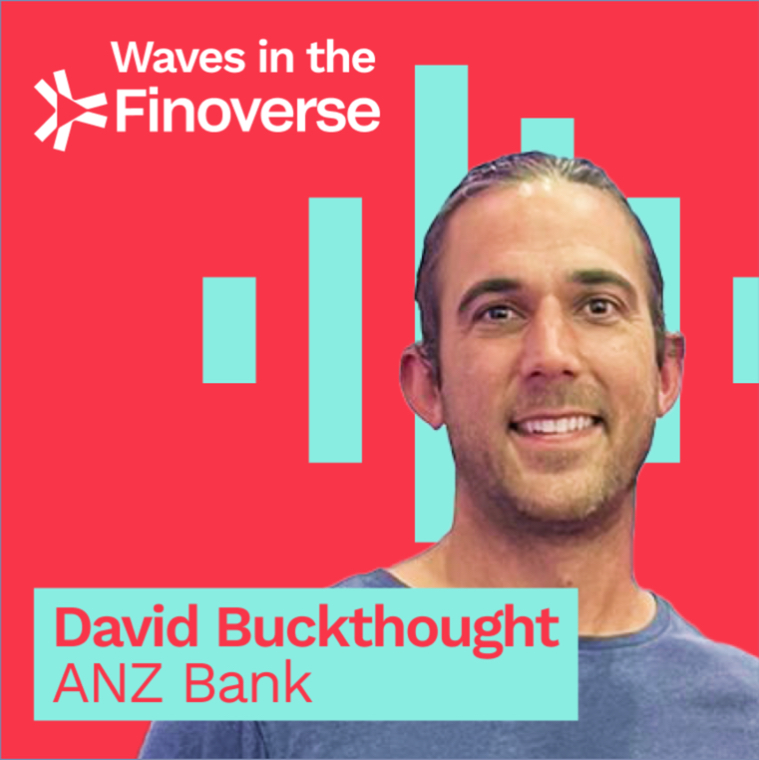